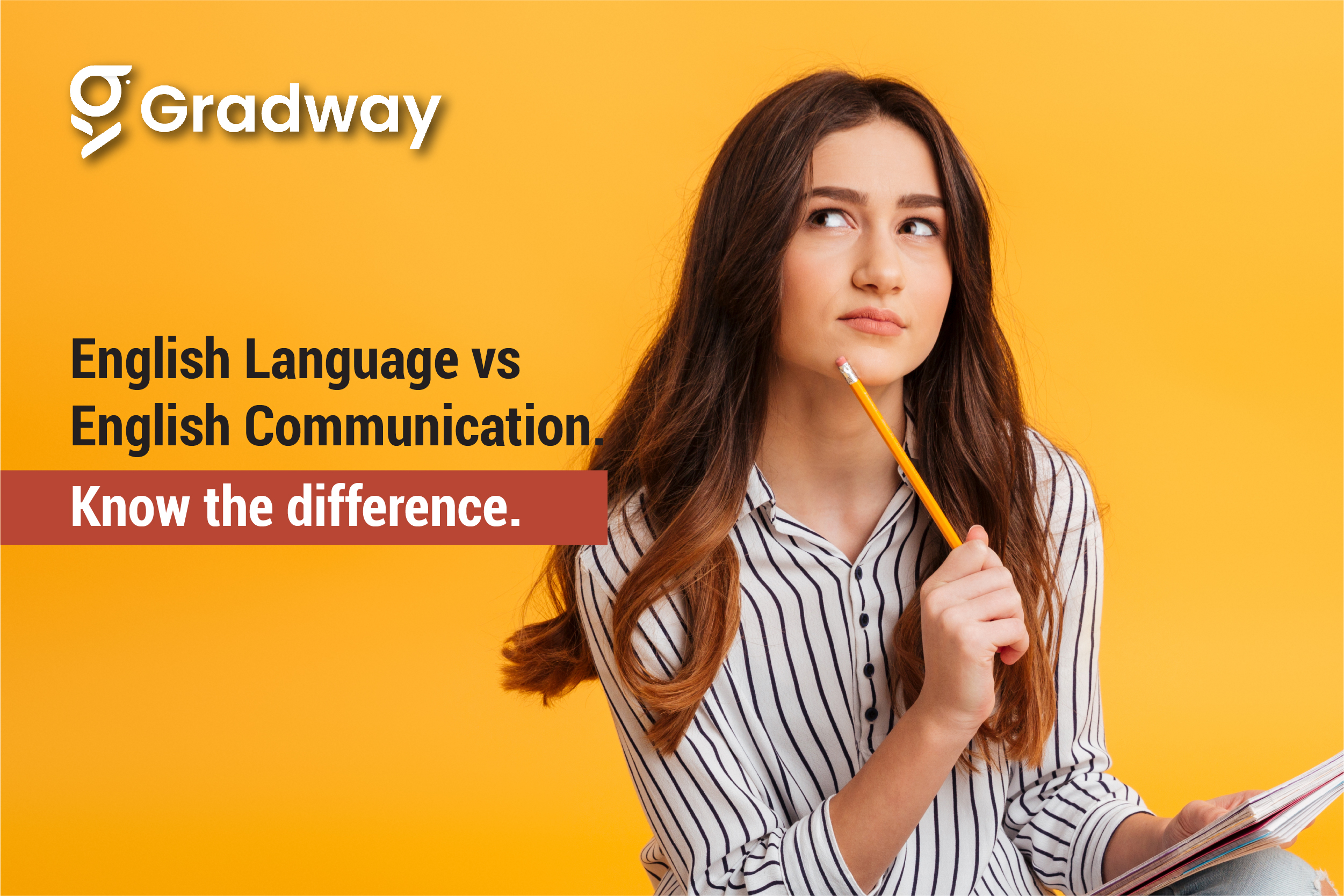 The English language is formal while English communication follows an informal approach. You might take the liberty of using slang words like ‘Zooming’ and ‘Coronials’ while communicating but when penning it all down, you might just replace these words with formal words or sentences. Speaking is more general and can be compared to the language used in instant messaging format whereas the English language itself is more specific.

When you write the English language, its content is more definite whereas English communication involves a rhythm. You tend to add pauses, lexical stresses, intonations, pitch, and body gestures to explain your thoughts during communication. The content of spoken English is impacted by your interaction with others and is generally not as definite as that of the language itself.

The English language demands the knowledge of grammar when writing whereas effective English communication is completely dependent on the right pronunciation. Your written language content must follow all the conventional rules of grammar and include punctuation. On the other hand, grammar is of no importance when communicating but pronunciation is. Wrong pronunciation leads to a wrong impression of the speaker.

The English language is much more substantial and denser than spoken English. When communicating, you might use fillers, repetitions, and long explanations to better convey your meaning. It dilutes the content, taking away the language’s density.

Since you have enough time to edit it before presenting it to someone, the English language is generally well organized when written. You can structure the written language into paragraphs and proper sentences. English communication, on the other hand, is spontaneous as you tend to improvise as you talk in real-time. One’s speech is generally less organized compared to one’s writing.

Get in touch with our experts and know your eligibility for a highly-employable Masters Degree in a foreign university.

How to make yourself comfortable speaking in English in a foreign country? | Gradway