Popular Cities in Australia to Study and Find Work | Gradway 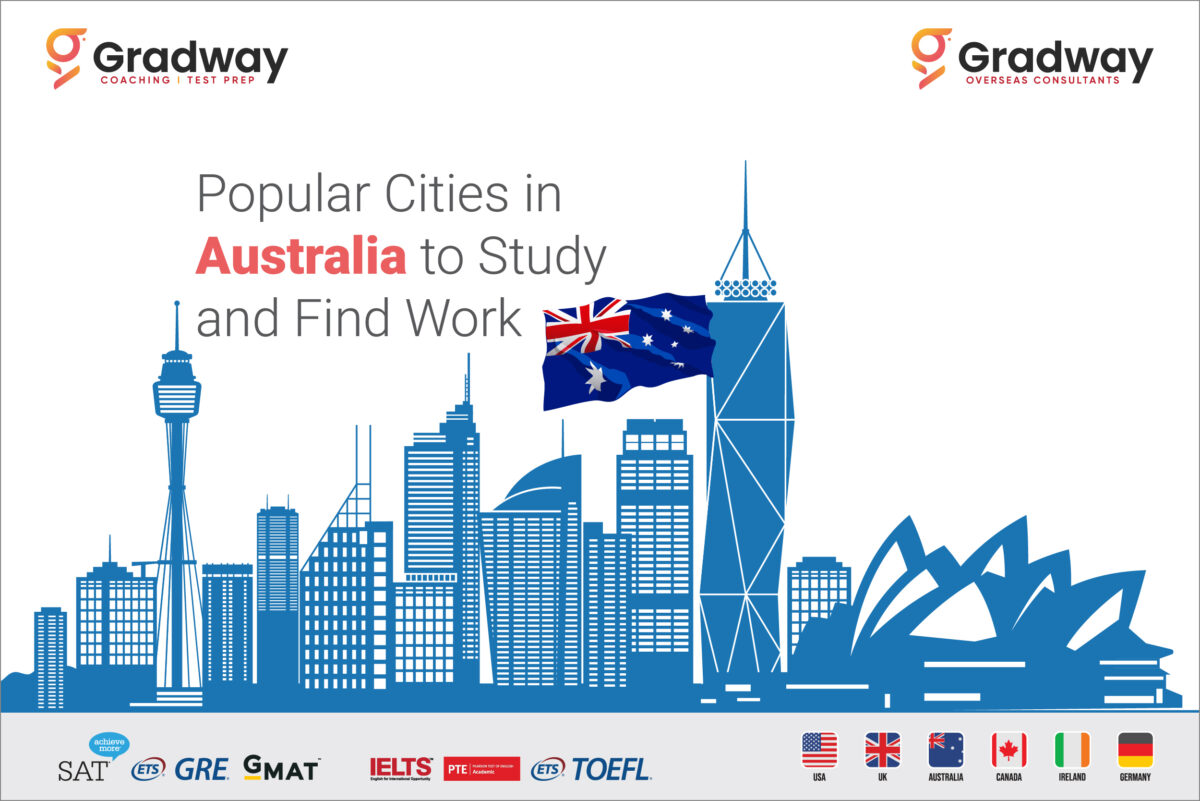 Known to have the best of Europe and America, Australia has been riding the popularity wave among international students for this reason. A great healthcare system, world-ranked universities, safety, and true democracy make foreign degree aspirants choose Australia despite the slightly costlier living cost. But the low-income-group students should not worry about getting left out. You can always work while studying to support your living. Here is the list of cities that rank high to study and work simultaneously.

Standing at number two globally in the list of ‘best student cities 2021’, Melbourne is home to 7 globally-ranked universities.

Apart from Australia’s largest university, Monash University, Melbourne is home to campuses like the University of Melbourne, RMIT, Swinburne, Deakin, La Trobe, and Victoria among others.

The largest city of Australia, Sydney, also happens to be its economic hub. Hence. There are ample choices for choosing the best education and a decent-paying job.

To cover the minimum monthly living cost of around AUS$ 2,000, Sydney shares its vibe with Melbourne with the retail and hospitality sector offering better-paying jobs to international students.

The capital of Australia has climbed up many ranks in recent years when it comes to hosting international students warmly.

Look for the retail and hospitality sector vacancies to cover the minimum monthly living expenses of AUS$ 1,800.

For those not wanting to live in expensive cities like Melbourne, Sydney, or Canberra, Adelaide could be your perfect go-to option. More than a quarter of cities’ student population is from abroad which makes it safe for international students.

With 3 of its universities ranking in the top 50 globally, Brisbane offers you quality education at the University of Adelaide, Flinders University, University of South Australia, and Torrens.

To fund the monthly living expenses of around AUS$ 1,500, look for warehouse or storekeeper jobs as the city is home to plants of companies like General Motors, Santos, SAAB Systems, and more.

The second cheapest city after Adelaide on the list is Brisbane, Australia’s ‘Sunshine State’. Along with quality education in globally ranked universities, Brisbane always has job vacancies for international students.

To fund your study and stay costing around AUS$ 1,300, look for jobs in the personal service sector like dog-walking, caretaker, babysitter with the next best option being the retail and hospitality sector.

Get in touch with our experts and know your eligibility for a highly-employable Masters Degree in a foreign university.

Things to Remember when applying for Universities in the USA | Gradway

Things to Remember when Applying for Universities in the UK | Gradway